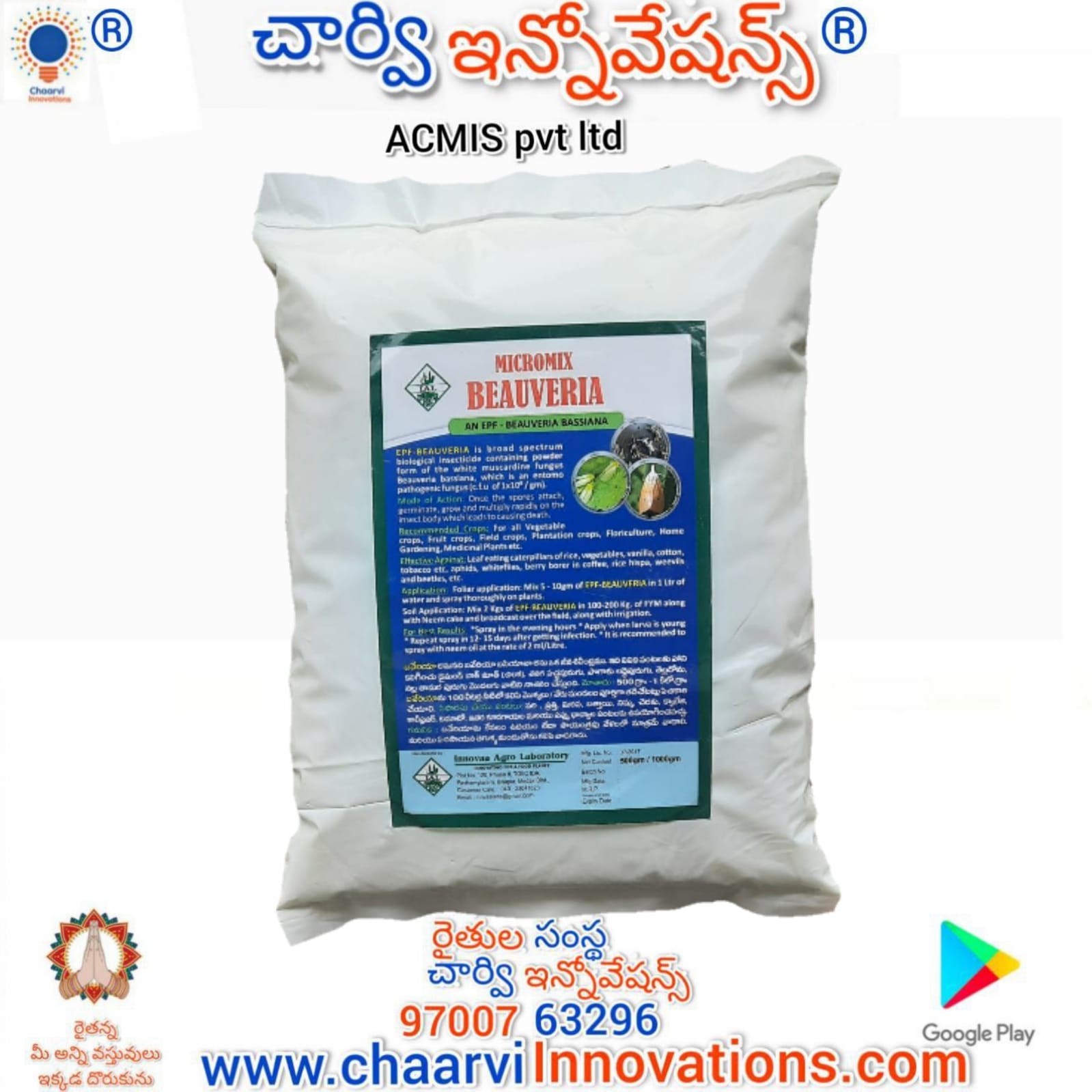 Mode of action :
The insect disease caused by the fungus is a muscardine which has been called white muscardine disease. When the microscopic spores of the fungus come into contact with the body of an insect host, they germinate, penetrate the cuticle, and grow inside, killing the insect within a matter of days.
Afterwards, a white mold emerges from the cadaver and produces new spores. A typical isolate of B. bassiana can attack a broad range of insects; various isolates differ in their host range. The factors responsible for host susceptibility are not known

Beauveria bassiana can be used as a  biological insecticide to control a number of pests such as  termites, whiteflies and many other insects.  As an insecticide, the spores are sprayed on affected crops as an emulsified suspension or wettable powder or applied to mosquito nets as a mosquito control agent.

As a species, Beauveria bassiana parasitizes a very wide range of arthropod hosts. However, different  strains vary in their host ranges, some having rather narrow ranges, like strain Bba 5653 that is very virulent to the larvae of the  diamondback moth and kills only few other types of  caterpillars. Some strains do have a wide host range and should, therefore, be considered nonselective biological insecticides. These should not be applied to flowers visited by pollinating insects.

There are no reviews yet.

Only logged in customers who have purchased this product may leave a review.